I thought i would introduce my dog squad to ya’ll!!🤷‍♀️ DON’T be fooled by their cuteness, They are little devils! (Haha, I kinda mean that and I kinda don’t.) Well….here they are oldest to youngest!!

Here is my oldest, Sassy. She will be 15 yr/o this November, (she is a old lady, I know)! STORY TIME: As you can see Sassy is missing these things we call “eyes”. She lost here eyes on May 12, 2017. She had to have them removed because she got an infection in both of her eyes, and eventually lost her sight so we had to get them removed. Don’t feel bad for her she is just as crazy as the other ones! She just has a tendency to bump into walls and stuff. lol.

This is Naughty, She is 11 yr/o, And she still acts like she is 5!😂🤦‍♀️ I would explain what her personality is like, but i think you can tell just by her name. She truly is my dog, lol! Moving on…..

This is Petey, he is 5 yr/o and is lazy! He will eat ANYTHING!! He loves snacks, and he will do anything for a snack, if he thinks he may get one. We call him bunny ears because he is lazy, and won’t hold up his ears like a normal dog. lol. He thinks the world revolves around him, and him alone. Moving on….. (There is only one more…lol)

And the last one is Lulubella (A.K.A…Lulu), She is 2 yr/o. She is the biggest brat ever, But she is my baby! She will only eat chicken….I know, crazy right?!

Let me explain what a normal day is like with these crazy dogs. 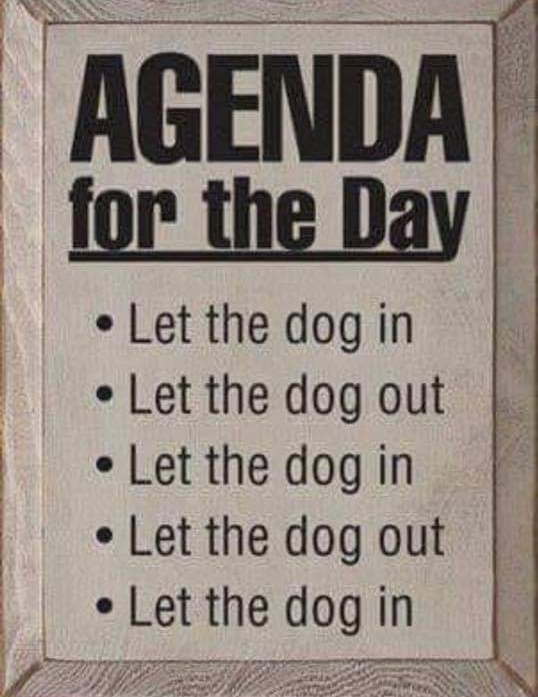 AND THAT’S THE TRUTH!!! I hope you all enjoy reading this! (Don’t forget to answer the question of the day, down below). Thanks again everyone! See you soon.

Question of the day: Do you have a dog, and if so how many, and what is their name(s)??

View all posts by Vanessa Williams